More than 1,200 people took part in the 26 scientific workshops prepared by a hundred researchers from the University and the ICAC, ICIQ, IISPV and IPHES research institutes. The activity, coordinated once again by the URV, exceeded expectations in its return to a face-to-face format

The Plaça Corsini in Tarragona was once again the epicentre of scientific communication. Throughout the afternoon, more than 1,200 people came to participate in the 26 workshops that researchers from the Universitat Rovira i Virgili and research institutes in the region (ICAC, ICIQ, IISPV and IPHES) had prepared for all kinds of visitor, especially families. The fair is the central activity of the European Research Night, an event already well established in the Tarragona calendar, which this year returned to a face-to-face format and which included, in addition to the workshop fair, a series of scientific micro-workshops, workshops held in high schools and secondary schools throughout the province, a guided tour on Antoni de Martí i Franquès and the activity Science at the Market. 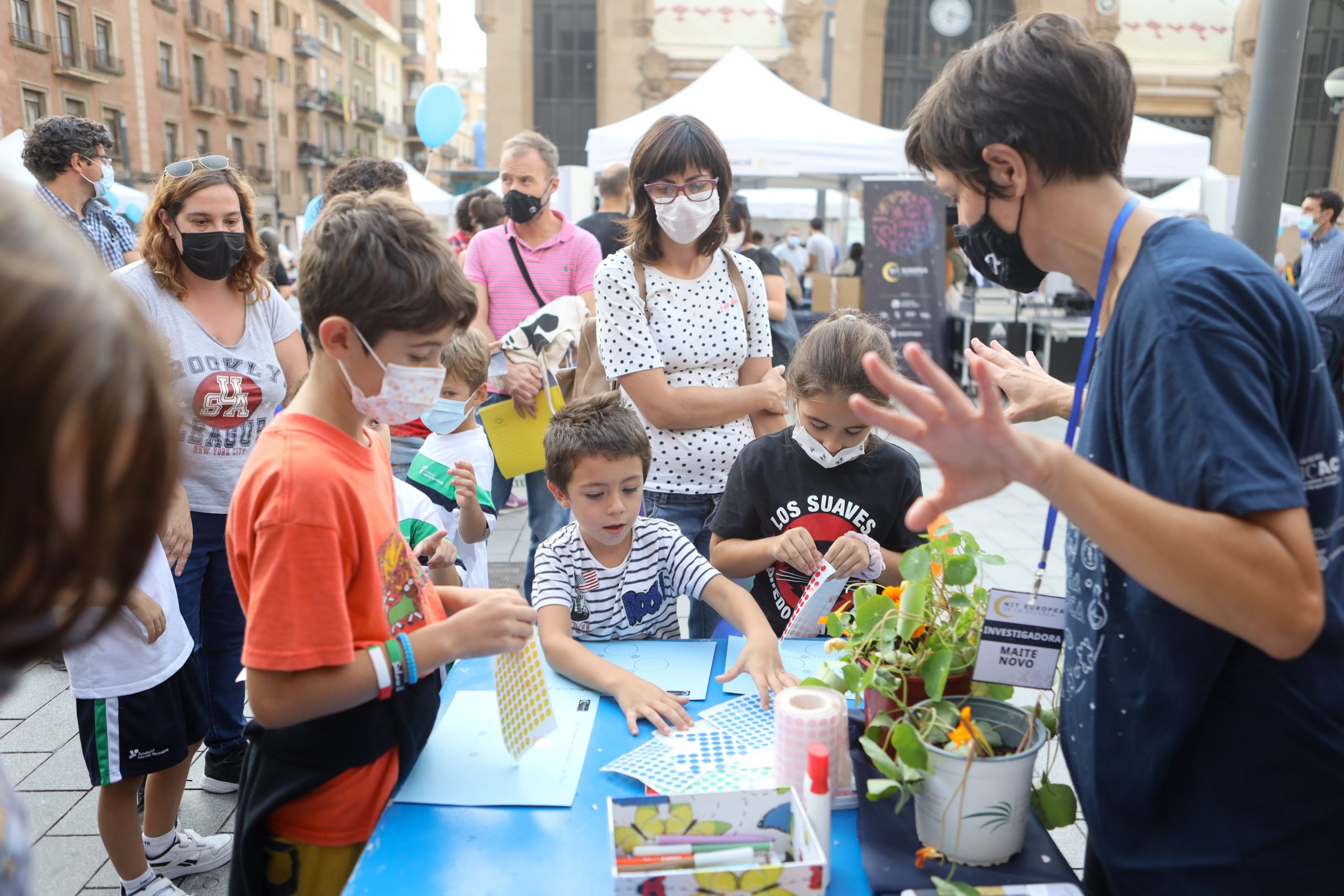 Under the slogan “Research for change”, the fair brought together a hundred researchers so they could explain to people of all ages what kind of research they do. It was an opportunity for the public and the research community to come into direct contact through fun and experimental activities. The Universitat Rovira i Virgili is coordinating the project in the southern regions of Catalonia for the fourth consecutive year. 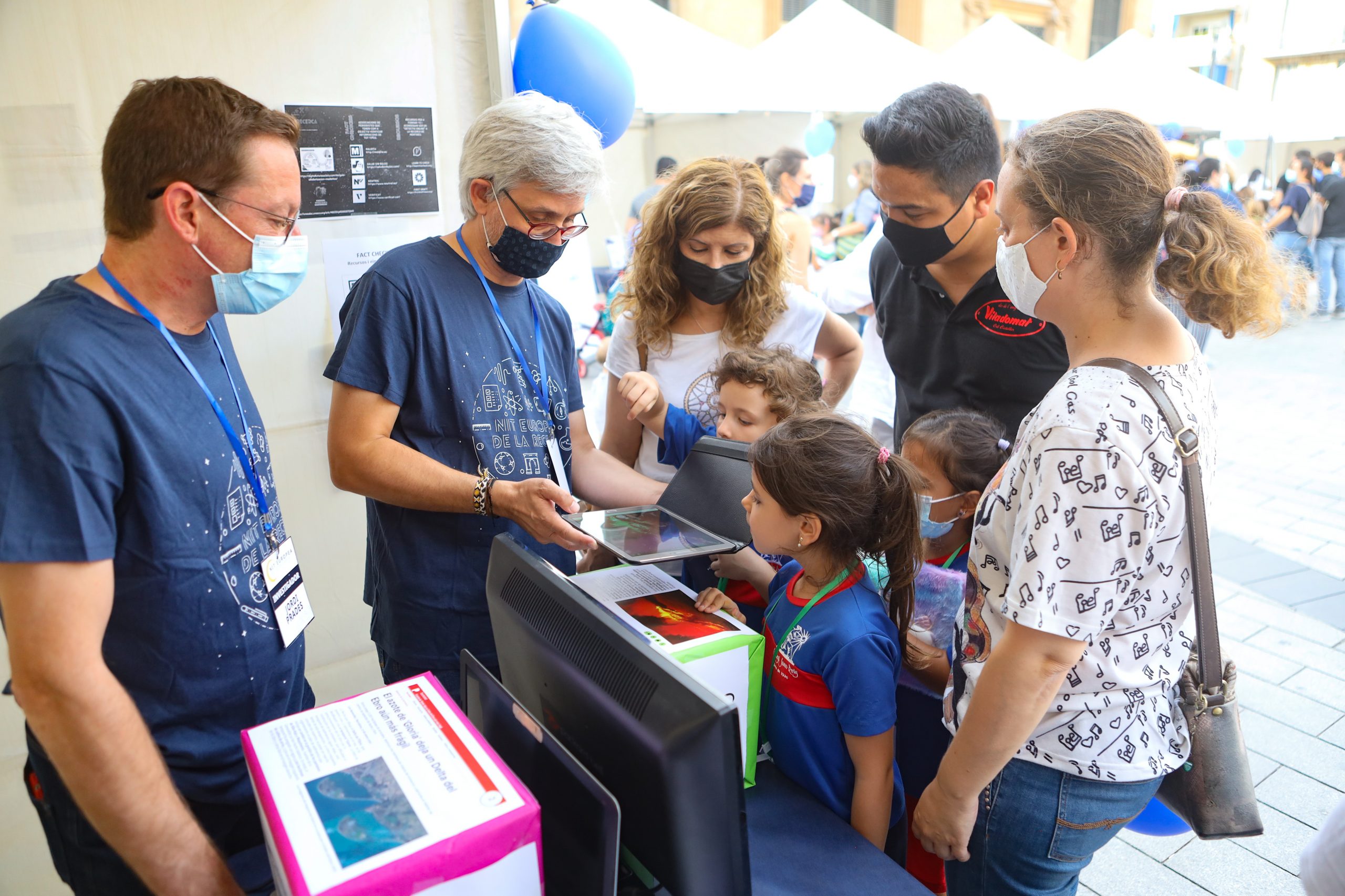 The workshops on offer covered a whole range of scientific areas; for example there were activities on how to find out which fruits and vegetables contain the most polyphenols and why these compounds are beneficial to health, how to detect false news about climate change, how to experiment with the physical properties of liquids, how to write chemical elements in Japanese and how to design a balcony to serve as a shelter for butterflies. The workshops ran continuously from 4.30 p.m. until late into the night, in a fun and festive day in which science was the protagonist. 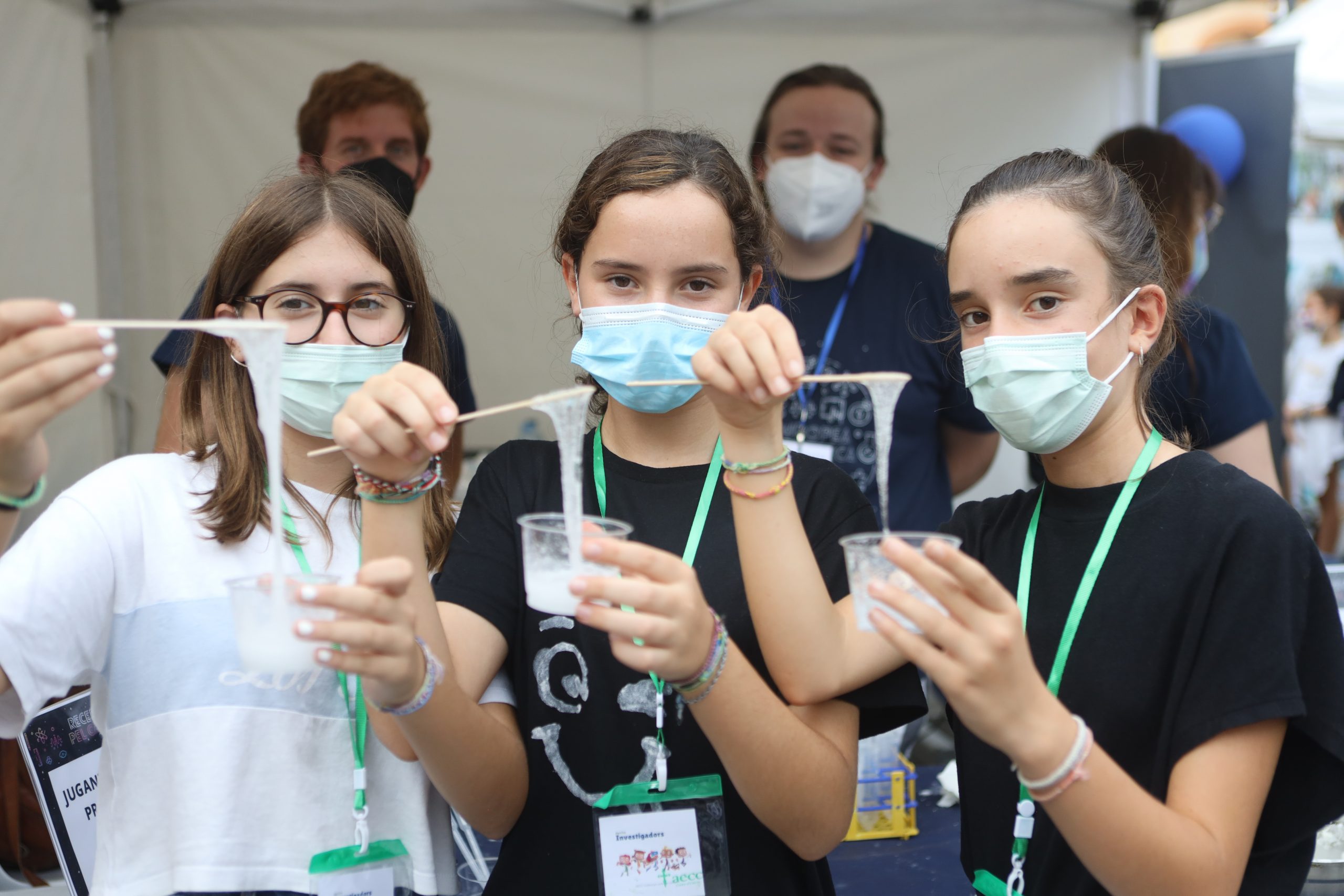 The rector of the URV, María José Figueras, and the mayor of Tarragona, Pau Ricomà, officially opened the main event of the European Research Night, highlighting the importance of getting science out of laboratories and offices and taking it to the public. Also present were representatives of the research institutes that collaborate with the event (Catalan Institute of Classical Archaeology, Institute of Chemical Research of Catalonia, Pere Virgili Health Research Institute and the Institute of Human Paleo-ecology and Social Evolution), as well as Tarragona Provincial Council and the Department of Education and the Tarragona Municipal Institute for Education (IMET), who sponsored the activity.

Preliminary activities for all audiences

The previous week, on 17 September, as a preliminary activity to the European Research Night, eight researchers from the URV and the research institutes held information sessions at Cal Massó (Reus) and, from 20 to 24 September, talks and workshops were held at secondary schools in the region.

From 13 to 26 September, coinciding with the commemoration of the International Year of Fruits and Vegetables, the event included the activity Science at the Market. Information was given in Tarragona’s markets about polyphenols and their health benefits and how these could be found at the markets’ fruit and vegetable stalls. The initiative was supported by Tarragona Mercats and the URV’s Nutrigenomics Research Group, which has a research line studying the benefits of eating local and seasonal fruit and vegetables.

To round off the list of events in the European Research Night, on 25 September there was a guided tour on the figure of Antoni de Martí i Franquès and a theatrical recreation of the life and discoveries of the Catalan scientist who excelled in the fields of physics, meteorology and botany.

A joint project throughout Catalonia

The Research Night is a joint project throughout Catalonia involving the URV, the UdG, the UB, the UAB, the UdL, ISGlobal and, for the first time this year, the UVic. Four years ago, the Catalan Research Night was awarded the European Union’sd seal of approval as an Associated Night.